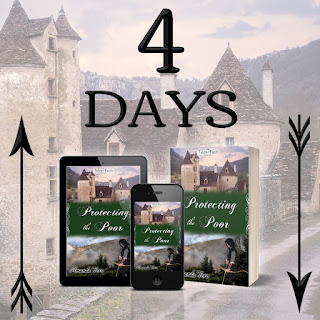 Throughout the ages, Robin Hood has been known as Robin des Bois, Robehood, Rabunhod, Robyn Hode, Hobbehod, Robert Hod and many other variations of “Robert” and “Hood.” Though historians cannot prove his existence, there is a traditional grave for him in Yorkshire. Some insist that Robin Hood never existed but was, more or less, imagined for bedtime stories for the wee ones.

What do you think? Did a Robin Hood likely exist? If so, do you think he was more culprit or hero?

Posted by Amanda Tero at 6:43 PM
Email ThisBlogThis!Share to TwitterShare to FacebookShare to Pinterest
Labels: Tales of Faith, Writing