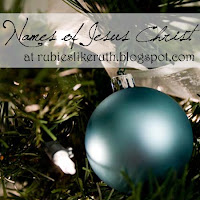 Jesus Christ – The Second Adam
By Amanda Tero
Romans 5 has become a very special chapter to me. I remember the first time that the words really reached out to me with a special meaning. I would like to share that special meaning with you.
Wherefore, as by one man sin entered into the world, and death by sin; and so death passed upon all men, for that all have sinned: Romans 5:12
When God created the world, He created it in the beauty of perfection. However, it did not take long before the one man that God created sinned. That sin passed from Adam to Cain and to every man born – including you and me.
Nevertheless death reigned from Adam to Moses, even over them that had not sinned after the similitude of Adam's transgression, who is the figure of him that was to come. Romans 5:14
It took only one man to bring the curse of sin to all mankind, but the next verse holds very blessed news!
But not as the offence, so also is the free gift. For if through the offence of one many be dead, much more the grace of God, and the gift by grace, which is by one man, Jesus Christ, hath abounded unto many. And not as it was by one that sinned, so is the gift: for the judgment was by one to condemnation, but the free gift is of many offences unto justification. For if by one man's offence death reigned by one; much more they which receive abundance of grace and of the gift of righteousness shall reign in life by one, Jesus Christ.) Romans 5:15-17
Since it took only one man to bring sin into the world, it only took one Man to bring the gift of grace and righteousness. That one man had to be perfect: a humanly impossible feature. That is why God sent His Son, Jesus Christ, to be transformed as a man living on earth, living a perfect life.
Jesus Christ was born in a manger (see Luke 2:7), lived a perfectly sinless life (see 2 Corinthians 5:21), took the sins of the world on Him when He died (see 1 Corinthians 15:3), and rose after three days to bring us the gift of new life (see Matthew 28:5-6).
Therefore as by the offence of one judgment came upon all men to condemnation; even so by the righteousness of one the free gift came upon all men unto justification of life. For as by one man's disobedience many were made sinners, so by the obedience of one shall many be made righteous. Romans 5:18-19
The free gift of eternal life is made available to every single man, woman, boy, and girl on this earth. There is no sin so great that Christ’s blood cannot cover it.
Moreover the law entered, that the offence might abound. But where sin abounded, grace did much more abound: Romans 5:20
Like any gift, it is held out, offered to you. But it does not become your own until you reach out and receive the gift. (But as many as received Him, to them gave He power to become the sons of God, even to them that believe on His name: John 1:12) To receive the gift, one simply has to admit that they are sinners and unrighteous before Holy God, believe that Jesus Christ is the Son of God and that He came to earth to die for our sins, turn away from their sins to God, and confess that Jesus is Lord.
That as sin hath reigned unto death, even so might grace reign through righteousness unto eternal life by Jesus Christ our Lord. Romans 5:21
Because Jesus Christ came down to be the second Adam, we can receive God’s gift of grace, be made righteous in His eyes, and live eternally with Him.
Posted by Amanda Tero at 1:38 PM No comments:
Email ThisBlogThis!Share to TwitterShare to FacebookShare to Pinterest
Labels: Articles

I am excited to be a part of: 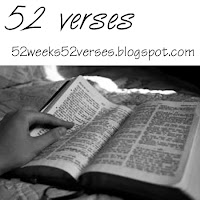