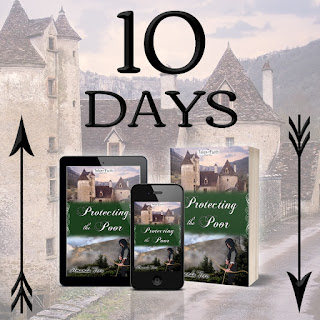 Are you a pantser or planner? The Tales of Faith series is a testament to my very-pantsery-pantsering. In my teen years, Mom had me go through a writing course where I planned every detail of my book and it totally *killed* me. I felt restrained. Uncreative. I think that was when I really learned that I was a pantser (though I didn’t know what the term was until years later—and yes, I realize that I’m probably making up different tenses of pantser that might not exist).

But, my pantsering has shifted over the years. I’ve found myself putting in way more thought into my *entire* story than when I first began. Now, I usually still don’t know exactly how the story ends, but I know at which point the story ends—what has to happen in order for it to end. And I’m getting to the point where I almost need to know that before I start writing my story. Who know? I might end up still being a planner one day (ha…).