Retellings: Faith Blum and Tales of the East

Watching Faith Blum venture into a new series--Biblical fairytale retellings--has been really cool! I first knew Faith as a Western author but she is here today sharing some great thoughts about her experiences turning fairytales into a historical setting.

Faith Blum is a small-town Wisconsin girl. She has independently published over 25 books in over five years. Most of her books are Christian Historical Fiction with an emphasis on Westerns. During an eBook sale, she was #1 in Christian Westerns and Christian Western Anthologies on Amazon. During that sale, she sold over 3,000 copies.

Faith currently resides in Central Wisconsin with her husband and their cat, Smokey. When not writing, you can find her cooking food from scratch due to food allergies, doing dishes, knitting, crocheting, sewing, reading, or spending time with her husband. She loves to hear from her readers, so feel free to contact her on her website: https://faithblum.com. 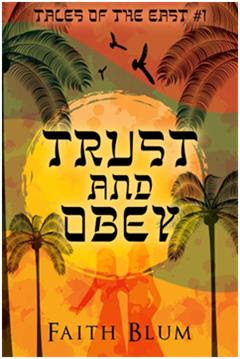 A wicked priestess, a morally corrupt king, and two children stuck in the middle…

The priestess works them hard, but there are two other servants to divide the load with, so they cope as well as they can. Then King Saul comes in disguise requesting the priestess’s other services—as a medium.

Will Hadassah and Gidal trust Adonai to take care of them? What will happen after Priestess Basmat comes face-to-face with the prophet Samuel?

A Hansel and Gretl reimagining 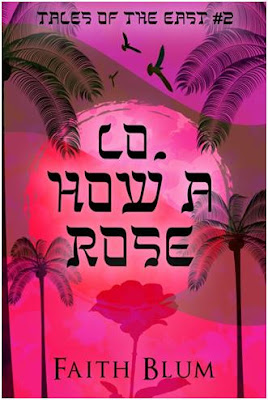 Everything is against them
Born into slavery, Rapha is a Philistine who is almost twice as big as his Israelite masters. They find any excuse they can to beat him. When he is accused of murder, he runs off into the desert, planning to never return and hate all Israelites forever.

Nava’s mother died when she was born.  Since then she has been raised mostly by her father, but her grandmother and grandfather have also helped. Her passion is to help those who need it most, whether it is watching the healer’s young daughter, Rina, or bringing fresh tunics for the Philistine slave who receives far too many whippings. When Rapha runs off into the desert with no water, Nava begs her father to go after him and bring him back safely.

Will Nava’s father find Rapha? Can Rapha learn that not all Israelites are untrustworthy? Will Nava trust her abba and Rapha to Yahweh’s care or take matters into her own hands? 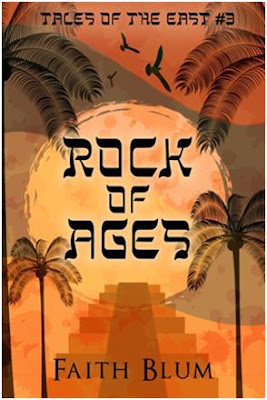 All he wanted was his father’s approval
Chileab is born to privilege as the second-born of King David, but he still feels like an outcast. His crooked foot make it hard for him to do anything and although he enjoys being an advisor for his abba, he never feels like King David approves of him.
Born with unnaturally light hair, Rina loves helping her mother heal people around their small village. One day, her life is turned upside down when she is kidnapped by two Amalekites bent on using her for her healing powers to make them rich.
When Chileab hears of the little girl who had been kidnapped, he goes off to find her, even though five years have passed.  He makes his way into the desert by himself. Can he find Rina? Will he learn that Adonai’s approval is all he needs? Will he learn to rely on more than just himself?
A Rapunzel reimagining set during the time of King David 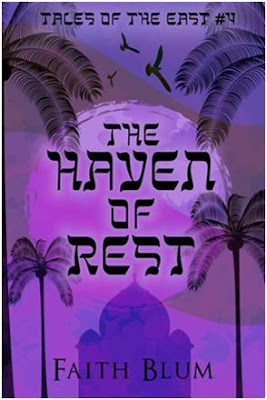 Ignored by her father…
Adah was neglected by her abba and her brother. She must do something. All her previous plans have failed, but she won’t slip up this time. Since her abba is King David, author of many songs, what better way to gain his attention than pulling off a concert featuring twelve of his daughters?

As she plans, Adah’s discontentment grows. She throws herself into the work but worry edges into her heart anyway. Can Adah learn to rest in Adonai as her father? Will she learn contentment in all things?

Writing Retellings in a Series and Historical Setting
A Note from Faith...

I wrote my first fairy tale retelling about five years ago. It was a Beauty and the Beast retelling in the time period of King David. I wrote the draft of it and then let it sit because I was in the process of publishing other books in the Western time period and didn’t want to get distracted by this one too much.

Then I had some ideas. Ideas for other books that could connect to my Beauty and the Beast retelling. Some of the actual basic ideas on what fairy tales to use came from other people—two from my mom—but how I did it was entirely up to me.

Now, I personally prefer to write stores that are in a series but can still be read by themselves without having to read the other books in the series. So that’s what I did with these books. I have some reoccurring characters, so if you want to get their full life’s stories, you would do well to read all of the books, but other than that, reading all of the books is not necessary.

Writing my series was fun. I outlined most of the books before I started writing any of the other books. Mainly because I needed to know which book would be first in the series and which would be last. I knew Trust and Obey—a Hansel and Gretl retelling—needed to be first because it was the only one during the time of King Saul. Love Lifted Me—my Cinderella/Song of Solomon mash-up—needed to be last because it had Solomon as Prince Charming so he needed to be old enough. The other books I needed to figure out exactly where in the timeline they would be and I wrote them accordingly.

As for writing in a time period that actually happened, that was a little trickier. There isn’t a lot of easy ways to find out what living during Old Testament times was like. I borrowed my mom’s Times and Customs of the Bible book she had from her days in Bible college, but even that didn’t tell me everything I wanted to know. I took a few liberties and used my imagination for many things. For others, I read some Biblical Fiction to learn a few more things.

My biggest tip for anyone wanting to write any series or Historical Fiction is to try to plan as much of the series before you start writing any of it that you can and then find a guru who is big into the time period you are writing about who can aid in your research. Also, make sure you are reading other books written in the time period. For Biblical Fiction, Lynn Austin has some amazing books! She has been my main source right now.

Have you ever written a fairy tale retelling? Or anything in the Biblical time period?

Posted by Amanda Tero at 5:00 AM
Email ThisBlogThis!Share to TwitterShare to FacebookShare to Pinterest
Labels: Retellings

Thank You Amanda for this interview of Faith Blum and the review of her books.
Marilyn

I love the idea of fairy tale retellings set in biblical times. How cool! I might have to check these out. :)

I love the concept behind this series! And your covers are so pretty and original.

@ Marilyn - you're welcome; thanks for commenting!

@ A.M. - I know... I still need to read these myself (even though I helped her with interior formatting for half of them?).