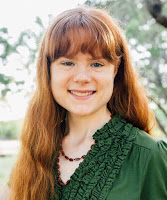 Raised in a house with hundreds of books, Kelsey has been writing stories ever since she can remember and dreaming of when her books would join the ranks. Now a copyeditor as well, she loves helping other writers achieve their dreams.

Like some of her fictional characters, she grew up homeschooled and makes her home in the Texas Hill Country. To counteract all that time at a desk, she loves being active, especially practicing and teaching martial arts and traveling. But by far the most important thing in her life is her relationship with the Lord. 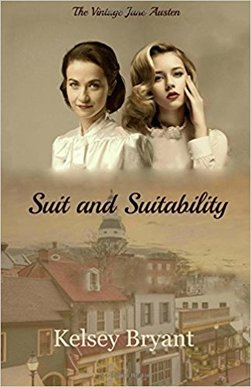 The mystery surrounding their father’s criminal accusations is almost as hard to solve as the many puzzles springing on their hearts.Canton, Ohio, 1935. Ellen and Marion Dashiell’s world crumbles when their father is sent to prison. Forced to relocate to a small town, what is left of their family faces a new reality where survival overshadows dreams. Sensible Ellen, struggling to hold the family together, is parted from the man she’s just learning to love, while headstrong Marion fears she will never be the actress she aspires to be. When a dashing hero enters the scene, things only grow more complicated. But could a third man hold the key to the restoration and happiness of the Dashiell family? 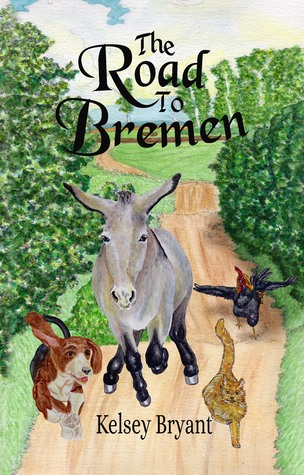 Their lives are saved by a dream. But only friendship can make that dream a reality.Once upon a time...Etzel the donkey is getting old, but he works hard on his farm—until the day Herr Hoffman decides he is no longer worth keeping. With no choice but to escape, Etzel sets off on the road to Bremen to seek his fortune as a musician. On the way, he rescues three other animals—a dog, a cat, and a rooster—who are also old and destined for death.Will these four new friends find their success and worth as musicians in Bremen? Or does the road hold something better?

A Note from Kelsey...
Amanda, thank you so much for asking me to take part in this blog series! I’m honored. These authors have shared pure-gold advice and many interesting things about their retellings of old favorites. To add to the conversation, I’ll mention just a few thoughts that helped me as I wrote my retellings. Hopefully someone else will be encouraged!

Themes
First, I had to find the underlying themes of the original stories so I could use them as themes for my retellings. I had to internalize them so that my retellings were their own stories straight from my heart, or else they would have fallen flat. Readers can tell when authors are merely parroting a story instead of pouring it out of themselves.

For example, from Jane Austen’s classic novel Sense and Sensibility, I pulled out persevering through hardship, finding your way, and unconditionally loving your family and then used those themes to drive my novel Suit and Suitability. I added a stronger Christian element by including the theme of trusting God, which I thought fit very well into the basic storyline that Sense and Sensibility provided me.

From the Grimm Brothers’ fairy tale “The Bremen Town Musicians,” I pulled out the beauty of unlikely friendships, the triumph of unlikely heroes, and the truth that becoming old doesn’t mean you’ve lost purpose. Those themes helped propel my novella, The Road to Bremen.

Plot and Characters
When I embarked on retelling Sense and Sensibility, a fairly long novel in early-nineteenth-century England, I was joining five other authors in the Vintage Jane Austen series. The historical setting was already determined: 1930s America in the midst of the Great Depression. The characters and plot points translated extremely well! So well, in fact, that I had to be careful to make my story different enough from the original. Sense and Sensibility contained many great elements that were tempting to keep intact, but I believe a good retelling changes things up and gives readers some surprises. So I didn’t try to include every character or scene, and I put in plenty of variations to create some suspense. One major example is that I didn’t kill off Elinor and Marianne Dashwood’s father; he was arrested and in prison, and the mystery surrounding the circumstances became a small and diverting subplot.

Retelling a novel with a novel of your own is quite different from retelling a fairy tale or fable or parable. These itty-bitty stories have so much room for expansion and interpretation. I wanted to write a novella-length (or chapter book–length) embellishment of “The Bremen Town Musicians” because it’s always been one of my favorite fairy tales and hasn’t been retold many times. And since it hasn’t been redone that often, I could be free to keep it in Germany (where the story is based), use the same farm animal characters, and follow the basic plot of the original. Adding details and expanding on the few details already in place was crucial here. The setting needed description, the animals needed personalities, and the plot needed new elements to add depth, intrigue, and suspense. My imagination had a whole lot of room to romp around, have fun, and spin those details!

Advantages
I loved my experience with retellings. For me, creating plots is not one of the easiest parts of writing, so having a basic plot to tweak or expand upon gave me a leg up in the writing process that I greatly appreciated. Plus, a widely beloved story that’s been repackaged is attractive to lots of readers, so retellings are beneficial in the marketing department as well.

Have you ever written or thought of writing a retelling of a well-known story? I encourage you to try it! I think it would be especially fun and interesting if you picked a tale that you haven’t seen done before. There are all sorts of novels, parables, fables, fairy tales, and even true stories such as those from the Bible that just beg to be reinvented for the pleasure and edification of readers.

Posted by Amanda Tero at 5:00 AM
Email ThisBlogThis!Share to TwitterShare to FacebookShare to Pinterest
Labels: Guest Posts, Retellings

It was so fun to hear about this. You go, Kelsey!

Thank you, Sarah! I'm so glad we were in on the Vintage Jane Austen together!