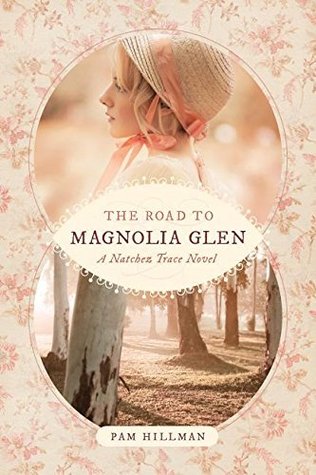 Can we just pause a moment and enjoy this cover?! I mean, beautiful cover, Mississippi author (my state), 18th century, the Natchez trace… all of these lured me to this book, and I was not disappointed.

Irish immigrant Kiera is in charge of her two younger sisters, flighty and heedless Amelia and tomboy Megan, bringing them to the husband in American that her brother-in-law has set up for her to marry. Meanwhile, another Irish immigrant, Quinn O’Shea, is surrogate father to his two younger brothers, coming to America to join his oldest brother then make his dreams of adventure and freedom come true. Except nothing goes as planned for either of them.

Kiera’s husband-to-be is actually a vile, wicked man who wants Kiera and her sisters not for family but for disgusting profit. I was on pins and needles when tables turned and Kiera and her sisters were led inside a brothel. I won’t spoil too much of the story for you, but they didn’t stay there long. This type of thing threaded through the entire story, though. How much detail was included I honestly can’t tell, because I’d rather skim if I thought the content was iffy rather than read it and give a solid report (which is probably why I enjoyed this book as much as I did; because I skimmed several parts and enjoyed the rest). It seemed, though, that the bulk of the content here was in crude comments and not in actual actions. This does put it as an adult novel, though, for my recommendations… I’d say conservative readers 25 and older, but you may be the judge there.

Besides the above material, the romance was sweet and clean. There did seem to be a lot of kisses and “fiery touches” for the two not to realize they were in love with each other or necessarily want to commit to each other. But compared to several books I’ve read recently, their relationship seemed chaste without the emphasis on daydreams and passionate desires. Because there was so much other stuff going on in the plot, the romance, while there, didn’t seem to be the consuming goal of the novel.

There were quite a few Scriptures quoted (mainly from the Psalms) and Sunday meetings regularly mentioned. The main characters seemed to get their strength from God and prayed for wisdom and direction. I really appreciated that. It fit into the story well and didn’t seem to be put in “just so it can be a Christian novel” nor was it too shallow.

Now, for what really stands out to me: the adventure and action. Because of the beginning, when Kiera and her sisters are rescued from the brothel, there is an evil villain who keeps the girls from settling in with complete peace of mind—for lawfully they are still indentured to Le Blume. It definitely made for a tense storyline. Added to that, there were other characters introduced whose lives entwined with the main characters and I enjoyed how the tension naturally built because of those characters. There were a lot more than just the two main character’s point of view displayed, but it seemed natural and needed for the storyline. So, the writer in me really appreciated how this novel was written.

This is book two in a series, but it read just fine as a stand-alone. I will mention, though, that if you don’t like spoilers, read book one first. They do link together and I can see where it would have been much more effective to have read this as a series.

Posted by Amanda Tero at 7:30 AM
Email ThisBlogThis!Share to TwitterShare to FacebookShare to Pinterest
Labels: Book Reviews