My Review
Last summer, I was introduced to the Lantern Beach books and enjoyed the mystery and suspense of them. This one is no different. Christy takes a broken hero and heroine, brings them together, and throws them into a plethora of trouble. Her books are exciting tales. In some ways, they seem to be lighter reads—possibly because she has more of an equal balance between civilian life and the mystery they’re unraveling. But things definitely got more suspenseful in the end.

I would categorize these more as clean reads than Christian reads. I do think in the beginning there was a mention of God and prayer, but there was absolutely none at the climax when the characters were in the throes of trouble.

The romance in this book never went too far, but it was very present. For a non-romantic like me, it was just too frequently mentioned how much they noticed sparks or good looks or such. But, for someone who likes watching romantic chemistry at work, they’d probably enjoy it. 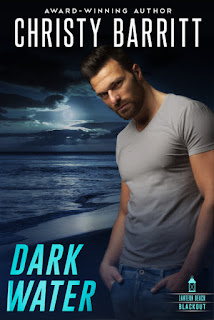 A FORMER NAVY SEAL HAUNTED BY HIS PAST

Colton Locke can’t forget the black op that went terribly wrong. Desperate for a new start, he moves to Lantern Beach, North Carolina, and forms Blackout, a private security firm. Despite his hero status, he can’t erase the mistakes he’s made.
A WIDOW WITH SECRETS

For the past year, Elise Oliver hasn’t been able to shake the feeling that there’s more to her husband’s death than she was told. When she finds a hidden box of his personal possessions, more questions—and suspicions—arise. The only person she trusts to help her is her husband’s best friend, Colton Locke.
THE FIGHT FOR JUSTICE

Someone wants Elise dead. Is it because she knows too much? Or is it to keep her from finding the truth? The Blackout team must uncover dark secrets hiding beneath seemingly still waters. But those very secrets might just tear the team apart. 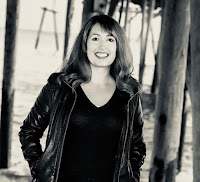 USA Today has called Christy Barritt’s books “scary, funny, passionate, and quirky.”
A Publishers Weekly best-seller, Christy writes both mystery and romantic suspense novels that are clean with underlying messages of faith. Her books have sold more than two million copies, and two are currently being developed as movies.
Christy’s books have won the Daphne du Maurier Award for Excellence in Suspense and Mystery, have been twice nominated for the Romantic Times Reviewers Choice Award, and have finaled for both a Carol Award and Foreword Magazine’s Book of the Year.
She’s married to her prince charming, a man who thinks she’s hilarious–but only when she’s not trying to be. Christy’s a self-proclaimed klutz, an avid music lover who’s known for spontaneously bursting into song, and a road trip aficionado.
Christy currently splits her time between the Virginia suburbs and Hatteras Island, North Carolina. She loves spending time with her husband, her two sons, and her four dogs.
For more information, visit her website: www.christybarritt.com.

Dark Water is the fourth series in the Lantern Beach Universe. When I created the fictional island of Lantern Beach, NC, I had no idea how popular it would be. I’ve fallen in love with the people there, and they feel more like friends than fictional characters.

Dark Water is about a group of former Navy SEALs who band together to former an elite private security firm. But they all share secrets, as well as guilt over the death of their SEAL leader. In order to move on, they must find answers.

I introduced Colton Locke in the last book of the Lantern Beach PD series—Plan of Action. I knew he needed his own book and that I wanted to develop his character more. That turned into a four-book series featuring Colton and three of his friends. Blackout contains suspense, mystery, and romance—all of my favorite things!

Texas Book-aholic, May 1
For Him and My Family, May 1
Reading Is My SuperPower, May 2
Blogging With Carol, May 2
Book Reviews From an Avid Reader, May 2
KarenSueHadley, May 3
Read Review Rejoice, May 3
All-of-a-kind Mom, May 4
Genesis 5020, May 4
Through the Fire Blogs, May 4
She Lives To Read, May 5
deb’s Book Review, May 5
Remembrancy, May 6
Britt Reads Fiction, May 6
Emily Yager, May 6
Betti Mace, May 7
Hookmeinabook, May 7
Debbie’s Dusty Deliberations, May 8
Splashes of Joy, May 8
Inklings and notions, May 8
Simple Harvest Reads, May 9 (Guest Review from Mindy Houng)
Just Your Average reviews, May 9
Locks, Hooks and Books, May 10
Pause for Tales, May 10
Because I said so– adventures in parenting, May 10
Truth and Grace Homeschool Academy, May 11
A Good Book and Cup of Tea, May 11
Ashley’s Bookshelf, May 12
Spoken from the Heart, May 12
Lights in a Dark World, May 12
Blossoms and Blessings, May 13
CarpeDiem, May 13
With a Joyful Noise, May 14
Live. Love. Read., May 14
Little Homeschool on the Prairie, May 14 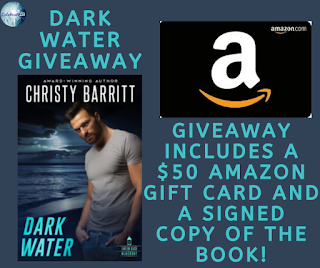 To celebrate her tour, Christy is giving away the the grand prize package of a signed copy of Dark Water and a $50 Amazon gift card!!
Be sure to comment on the blog stops for nine extra entries into the giveaway! Click the link below to enter.
https://promosimple.com/ps/fa62/dark-water-celebration-tour-giveaway
Posted by Amanda Tero at 6:00 AM
Email ThisBlogThis!Share to TwitterShare to FacebookShare to Pinterest
Labels: Book Reviews

I really liked the synopsis of the book. Sounds like a book I would enjoy reading.

Thank you for sharing your honest thoughts.

Thank you all for your comments. Hope you get to check it out!